Housetraining and the correction of housesoiling can be implemented quickly and effectively for most dogs as long as we understand the procedures necessary for proper housetraining. Most puppies eliminate shortly after they play, eat, drink, and sleep. At these times, the puppy should be taken to the selected elimination area and rewarded with praise, play or food when he/she eliminates. It can also be extremely valuable to train the puppy with a cue word for elimination. By pairing the elimination and reward sequence with a word just as the puppy begins (e.g., hurry, potty time), many dogs will soon learn to associate these words with elimination and will eliminate when the cue word is given.

If the elimination is reinforced each time at the same location, the odor, location, and substrate will attract further elimination at the site. In fact, some dogs may learn to signal at the door to be taken out to eliminate because of the reinforcement and consistency of using the location. Even if the puppy learns where to eliminate, it is likely to attempt to eliminate in other locations until he/she has consistently used the proper elimination area consistently for several weeks. Therefore, when indoors, the puppy must be supervised at all times so that attempts to eliminate indoors can be immediately interrupted, at which point the puppy should be taken immediately to the appropriate elimination location.

A long leash can be left attached to prevent your puppy from wandering away. A leash also serves as an immediate tool for disruption and leading the dog to the elimination area. If your puppy has the urge to eliminate indoors, has not yet learned to signal to go outdoors and begins to learn that the owner will sharply pull and disrupt any indoor elimination, he/she may start to show signals such as circling, whining or other forms of anxiety, trying to sneak away, or heading toward the elimination exit door.

You should confine your puppy in a crate whenever you cannot supervise him/her. The goal is to use the puppy’s den instincts to avoid elimination in undesirable places. This will only occur if the puppy has been properly trained to consider the area a sleeping area or den, or if the crate is small enough so that you dog cannot eliminate away from its sleeping location. In addition, your puppy should not be confined to this area until after it has eliminated and had sufficient exercise and social interaction (e.g. when she/he is ready to sleep, nap or rest) and should not be confined for any longer than your dog can control elimination, unless paper-training techniques are being used.

Most puppies are able to hold elimination during the whole night by the time they reach four months of age. During the daytime, puppies four months or less usually have a few hours of control, while puppies five months and over may gradually be able to last longer between eliminations. If urine or stool is found on the floor after the puppy has eliminated, do not consider any form of correction, as the puppy will not associate the correction with the elimination. To remove the odors that might attract the puppy back to the spot, use of the products that have been specifically designed to eliminate pet urine odors, and follow the label directions.

Once an elimination area has been established and there have been no accidents for several weeks, your puppy can be tested without supervision for short periods of time after he/she comes indoors from elimination, and if elimination is not yet due again for several hours. The time spent unsupervised can then be very gradually increased.

If your ultimate goal is to get your puppy to do her business outside, then avoid paper-training at all or at least keep it to a minimum. When we were training Sasha we lived on the 10th floor of a high-rise apartment building. So it was not really possible to rush down 10 floors to put her outside when she showed signs of having to go. So we used the paper to train her until she consistently went on that and then we started taking pieces of the soiled newspaper outside and literally placing it on the sidewalk or grass where we wanted her to go. The smell would draw her to the proper place and when she put two and two together we’d make a big deal over it, praising her madly and she quickly figured it out. To reinforce it even further, we took up all the newspaper in the apartment except at night (for about a week) and she was soon on her way to going exclusively outside.

Smell is key for the dog to determine where to go. When they smell dog urine somewhere, whether their own or some other dog’s, they associate that place with the place to go. That’s why thoroughly cleaning up accidents in your home is so important. And you cannot mask the smell. You have to totally eradicate the odor. And sometimes it is hard to see where the stain is or where the odor is coming from. Black lights are useful for showing invisible stains. Urine, blood, vomit, etc., will all glow yellow under a black light so you can at least see where to clean them. 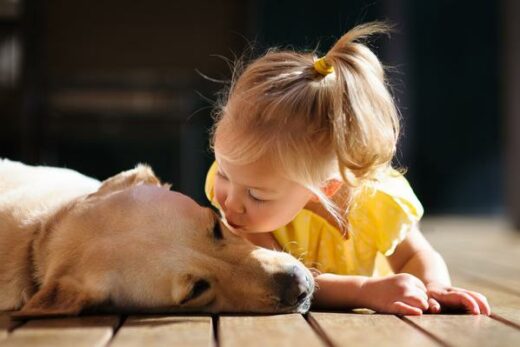 Do Dogs Like Kisses: Human Affection in the Canine World 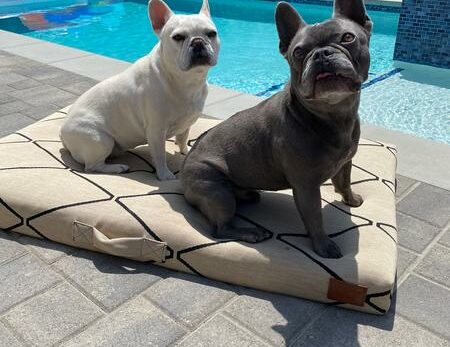 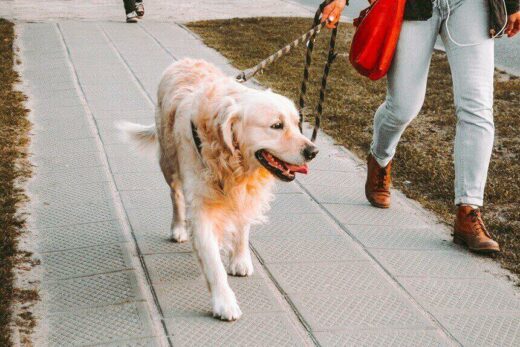 How To Train Your Dog To Walk On Leash?