For decades, it was a widely accepted idea that dogs only see the world in black and white, but research has shown over the years that that’s not entirely true. While dogs don’t see the same colors that we do, they are not limited to solely black and white. Technicolor might be beyond a dog’s comprehension, but research shows that their eyes can see much more than simply shades of gray.

What Is Color Blindness & Does it Affect Dogs?

The idea of color blindness came up in the late 18th century when an English scientist (John Dalton) began conducting studies upon realizing that he and his brother did not recognize some colors.

In people, the most common form of color blindness is a defect in the red-green perception, which affects about 8% of men and 0.5% of women. Color blindness occurs when an animal or human is missing certain color-detecting molecules known as photoreceptors, causing them an inability to recognize certain color wavelengths.

The idea that dogs only see in black and white can first be attributed to Will Judy when he claimed that dogs have poor vision and can only see single shades and tones along with only general shapes and outlines. In the 1960s, researchers began hypothesizing that primates were the only mammals with the ability to discern colors. There was little evidence to support those assertions, particularly when it came to the colors that dogs can see.

Do Dogs See in Black and White or Color?

Over the past few decades, researchers examining the canine eye structure revealed some basic design differences between people and dogs. Because dogs developed their sight as hunters who tracked and caught their food in the darkness of night, their eyes developed to see better in the dark and notice small movements.

The retina is where the key to the color perception differences between dogs and humans can be found. Rods and cones are the two primary light-sensing cells found in our eyes, and dogs have more rods while humans have more cones, which makes a significant difference in color perception. Humans, along with some other primates, have three types of cones, while dogs only have two.

Each of these cones registers different types of light wavelengths—dogs (and many colorblind people) are missing the cone that registers the red-green spectrum.

How Dogs See vs. How Humans See

Let’s take a side-by-side look at how dogs and humans view colors differently. These photos are courtesy of Dog Vision—a website devoted to understanding how dogs perceive color. They printed these comparisons to showcase the differences. The human view is on the left, and the dog view is on the right.

While a bright pink frisbee like the one shown above is easy for us to see, dogs can’t discern red, pink, and orange very well. Some of the most popular dog toys use these bright colors, but it can be difficult for dogs to find them in the grass. 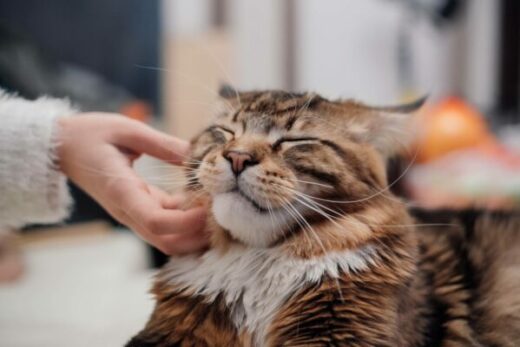 Maine Coon Temperament: Is This Feline The Right Fit For Your Family? 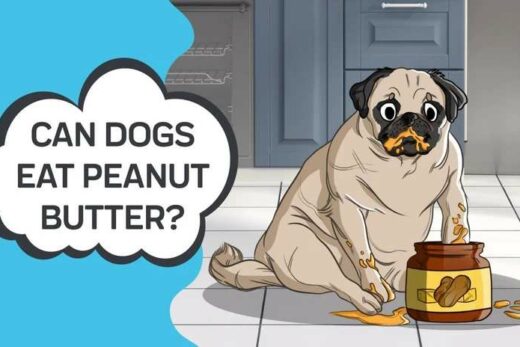 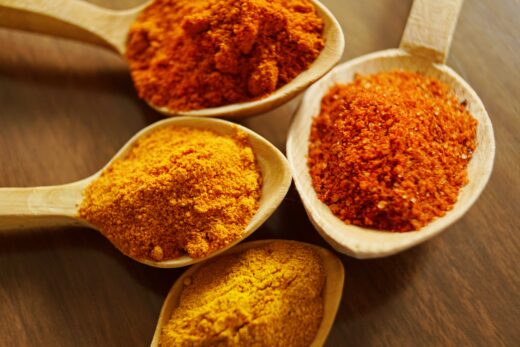 Turmeric for Dogs: A Healthy Spice, But Does It Work? 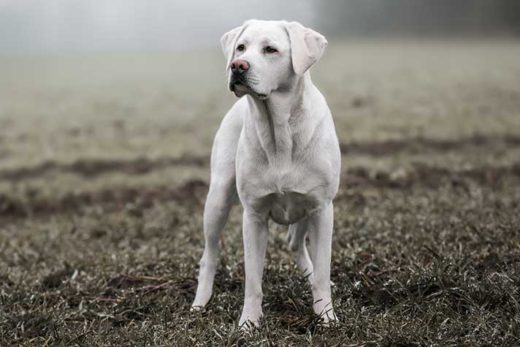