Pitbulls are a popular breed and are known for their bulky, muscular appearance. However, despite looking very strong, and sometimes intimidating, they are gentle creatures that love to play and spend time with their owners. If you’re interested in adding a pitbull to your family, you’ll need to keep a few things in mind before you buy or adopt a pitbull puppy. Below you’ll find pitbull puppies information, including important things such as their temperament and different types of pitbull puppies.

The History of the Pitbull

The pitbull is believed to have originated in Britain after a bulldog and terrier were crossbred. This was done as people wanted to combine the strength of a bulldog with the agility of a terrier. They were often used for dog fights in Britain until the early 1800s when animal welfare laws banned it. However, this small portion of their history has seemingly tainted their reputation which has caused many to be fearful of them, although this misperception is slowly changing. When the pitbull was brought to America, they were used as cattle herding dogs. They were also used as mascots during World War II.

How Big Do Pitbull Puppies Get?

How Many Puppies Do Pitbulls Have?

The first litter a pitbull has will usually produce about two to five puppies. However, if they have more litters, this will grow in size and eventually produce up to 10 puppies per litter. This size will vary depending on the dog and previous litters they have had.

This purebred dog is a bit taller compared to the other two types and an American pitbull puppy can sometimes be referred to as a Rednose or Bluenose Terrier. This is because of the color of the dog. This pit bull will range in a slightly red-colored fur to a grayish-blue coat. However, a Bluenose American Pitbull Terrier tends to have more health problems, such as weak immune system and deafness.

The Staffordshire Bull Terrier first originated in Staffordshire, England. These English pit bull puppies look similar to the American Pitbull Terrier but is a bit smaller. While short, they are extremely muscular and known for their patience.

The Temperament of a Pit Bull Puppy

A pitbull has a very unique temperament and personality. Below are some temperament qualities you’ll find if you decide to add a pitbull puppy to your home.

Just by looking at them, you can tell that a pitbull is very confident. While this can be a good thing, it can also make them a bit stubborn, especially if they don’t want to do something. They also are very curious and enjoy sniffing and exploring things.

Pitbulls love being around people and are usually eager to please. Because of this, they often don’t make very good guard dogs. They also tend to be good family pets, although keep in mind that they can get very excited and playful. This could make them be a little rough. Due to this, it’s a good idea to keep an eye on them when around young children.

Pitbulls are very loyal dogs and will protect their owners from any trouble. In fact, they will work to create a strong bond with you to show they are your friend for life. Because of their loyalty, they are also very protective. While this can be good, it can also make them a little aggressive toward other animals, such as dogs, that might be near you. Due to this, it’s important to make sure that they are properly socialized to help prevent them from being a little aggressive toward other animals. 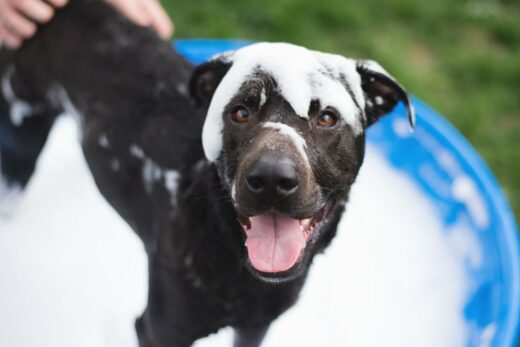 How Often You Should Wash Your Dog: Go-To Guide 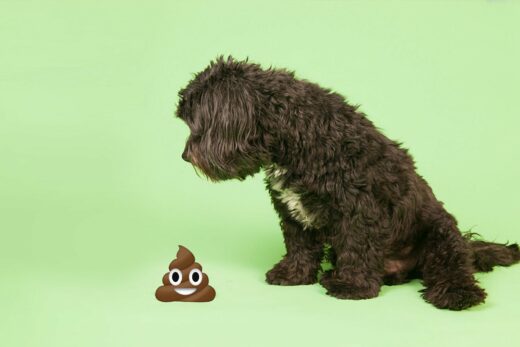 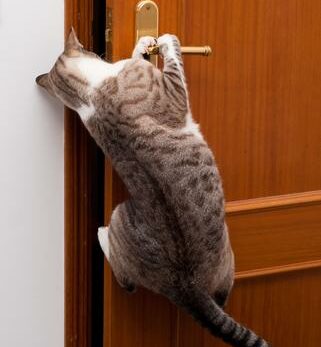 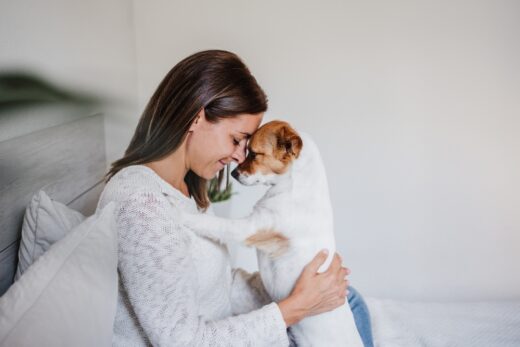 Can Dogs Sense Depression and Anxiety?