Cats are incredibly independent household pets who put on a show of being nonchalant and fine all the time, which is why it can hit extra close to home when they fall ill. Heartworm disease in cats is especially scary, but what exactly is it?

Heartworms, also known for their scientific name Dirofilaria immitis, are parasitic worms that grow up to a foot long and make their homes in the lungs, blood vessels, pulmonary arteries, and heart of affected pets. This disease is largely spread by infected mosquitoes and can cause heart failure, lung disease, organ failure, and even death.

A variety of mammals, aside from cats, can fall victim to this disease, including dogs, wolves, ferrets, otters, and even humans in rare cases. Knowing the symptoms and signs of heartworm disease is a good start to preventing this illness.

What Are the Symptoms of Heartworm in Cats?

No region is exempt from the concern of feline heartworm disease – in fact, heartworm diagnosis occurs in every state. This is why knowing the symptoms of this disease is relevant information to familiarize yourself with.

Unfortunately, a cat can have adult heartworms, but that doesn’t mean they will show symptoms. Some lucky felines are able to spontaneously rid themselves of these parasites and heartworm larvae from their pulmonary arteries without ever having shown symptoms.

On the opposite side of the spectrum, others may have heartworm infections that cause unexpected, sudden death – again, without the display of any symptoms.

Signs of heartworm disease can appear nonspecific and even mimic one of the many other feline diseases. Some of these obscure, nonspecific symptoms include loss of appetite, decreased activity, vomiting, and weight loss. Heart failure symptoms are less common, but there are rare cases of it.

Symptoms of heartworm in cats can vary depending on the stage of the worms themselves. An immature worm parasite might resemble feline asthma and include these signs:

More mature, adult heartworms may present themselves with these signs:

Immature heartworm larvae can arrive in the heart and lung pulmonary arteries within 3-4 months following a bite from an infected mosquito. A lot of these immature parasites die, which causes the cat’s lungs to have a strong inflammatory response. This is known as HARD, or heartworm associated respiratory disease, due to the respiratory symptoms (such as coughing, increased respiratory rate, and trouble breathing) being the most obvious. However, feline bronchitis and feline asthma present quite similarly to HARD, making them difficult to distinguish.

If adult heartworms die, they attack the blood vessels. Toxins are released into the bloodstream that causes damage to the lungs, which can lead to dangerous respiratory problems and even death. Even just one worm dying can be fatal. 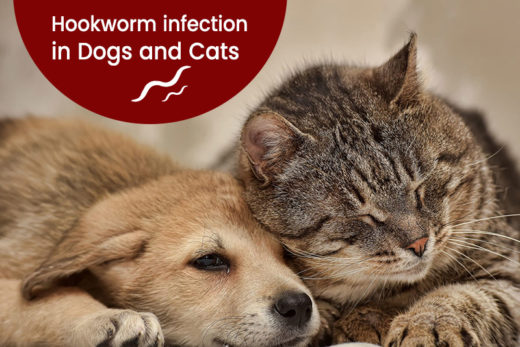 Hookworm infection in Dogs and Cats 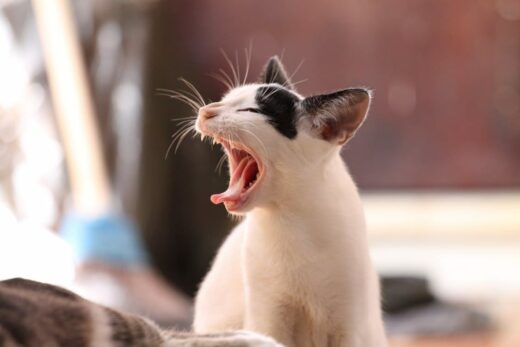 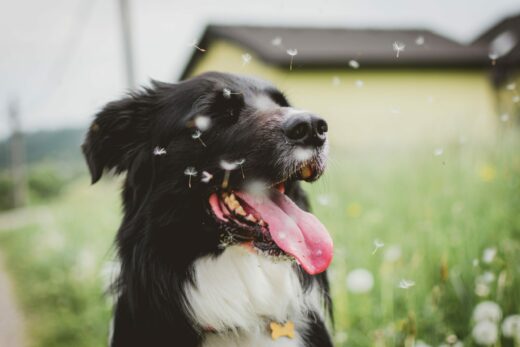 Seasonal Canine Illness: What Is It & Is Your Dog Suffering From It? 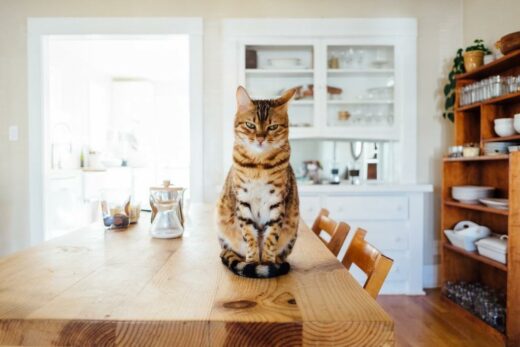 What does catnip do to cats? How to use catnip correctly